Interest is a fee that any lender charges the borrower when they loan them money. Interest rate is the percentage of the principal loan amount that the borrower has to pay the lender after specific periods.

However, if this 5% were charged on a half-yearly basis, then after one year, the borrower would have had to pay 1,10,000 if the interest charged is simple and not compounded.

Also read: Liquid Funds vs Fixed Deposits: How To Make The Right Choice

Let us try to understand why lenders charge interest on the money they lend. To understand this, we will have to understand a concept called the time value of money. This concept says that 10 rupees today is not worth 10 rupees in a year. It might be worth 11 rupees or even just 9 rupees, depending on the economic scenario.

If you understand inflation, you will know what we mean. If the economy is doing well and people's spending power is increasing, this will also cause the prices of some products to rise. This is the inflationary scenario in which your money will lose value over time. If today you could buy a loaf of bread with 10 rupees then maybe in 5 years you could only buy half a loaf of bread with 10 rupees. Therefore, your 10 rupees will only be worth 5 rupees as it can only buy 5 rupees worth of product.

Since the lender would want the total value of their money back, they will charge an interest rate that will account for this value loss on their principal amount. The lender will also charge a premium on the inflation rate to earn some income on their capital. The interest rates in any country in the organized sector are decided by the government or the government institution trusted with this task. In the case of India, the Reserve Bank of India is responsible for determining the prevailing interest rates, and all banks have to follow the norms set by RBI. The interest rates depend on how well the economy is doing and the kind of output the government wants.

For example, if the government wants to promote public spending, it will reduce the interest rates to disincentivize people from keeping money in the bank. At the same time, if the government wants to curb consumer spending, it will increase the interest rates, and more people will start depositing money in the bank.

Also read:How To Get Started With Investing Money

Interest will be as follows:

Interest will be as follows:

You can find multiple calculators online that can easily do both simple as well as compounded interest calculations. You can check out the calculator offered by Groww. in. It has both the calculators, and the UI is pretty intuitive and easy to use.

(Check out 'Learn & Grow with Wizely' 'to read and learn all about personal finance and financial planning.) 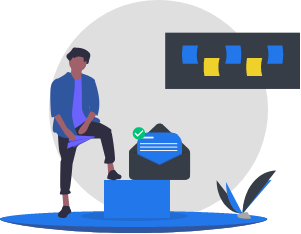 Get the latest posts delivered right to your inbox.